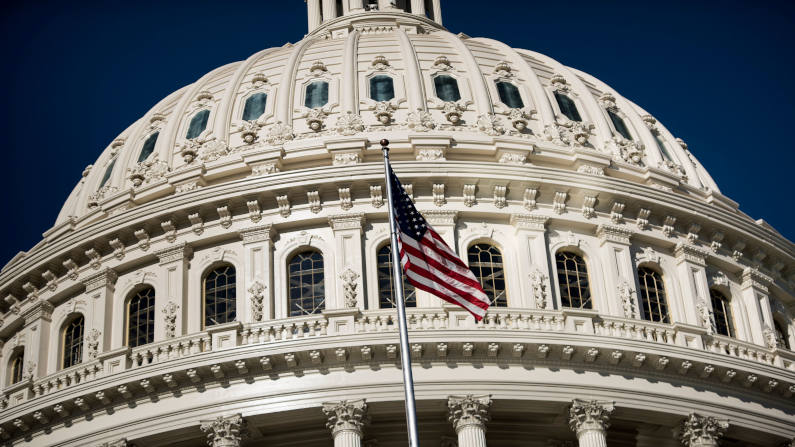 What the US ‘EAGLE Act’ means for Southeast Asia

Two months after its introduction to the US House of Representatives’ Foreign Affairs Committee, the ‘Ensuring American Global Leadership and Engagement (EAGLE) Act’ has passed the mark for it to be introduced in the House for a vote at a later stage. Southeast Asia should sit up and take note.

Despite failing to secure bipartisan compromise for this bill, both Democrats and Republicans agreed that Washington has to deal with China from the position of strength. This is true whether through the Democrats’ restrained approach or the Republicans’ hard-line slant on Indo-Pacific security, human rights and global governance.

The inclusion of ASEAN within Section 205 of the proposed Act speaks to the importance of Southeast Asia to the Foreign Affairs Committee. Altogether, there are 17 provisions within the Statement of Policy on Cooperation with ASEAN, with most of them pointing to the reaffirmation of Washington’s support for ASEAN. Still, two specific provisions warrant particular attention from ASEAN in its future engagement with the United States.

The fourth provision hints at the Foreign Affairs Committee’s desire to see ASEAN foster integration with like-minded powers that are aligned with Washington, either as security allies or partners. It calls for ASEAN to unite with Japan, South Korea, Australia, India and the European Union in the three domains of cooperation — namely, political, economic and security. As China is the most important trade partner for ASEAN and the foremost rival for the United States and its allies, it is clear the provision is made with thoughts of containing Beijing in mind.

Such a provision, should it be ratified, poses an unprecedented challenge to ASEAN’s long-held centrality principle. The centrality principle is predicated upon the Southeast Asian bloc being the driver of regional architecture — the processes for economic and security cooperation within the region and beyond.

The fourth provision of Section 205 will provide Washington with the legal pretext to lobby and pressure ASEAN to support the US-led Quad’s Indo-Pacific strategy that counters China. Thus, ASEAN should pay special attention to the progress of this omnibus bill and, if possible, engage with the Congressional political establishment. This may ensure the provision will not place the Southeast Asian bloc at a disadvantage in fostering equidistant relations with great powers.

The eighteenth provision further outlines Washington’s commitment to allocate resources to ASEAN as part of its Indo-Pacific strategy that supports the bloc’s crucial role in the region. While this provision is welcome for ASEAN, it directly contradicts with the fourth provision that downplays the Southeast Asian bloc’s centrality. What is more worthwhile to note is the US pledge to continue allocating resources to the Southeast Asian bloc — an opportunity that ought to be utilised effectively to realise a powerful and functional ASEAN in the Indo-Pacific.

There are also sections within the proposed EAGLE Act that warrant special attention for individual Southeast Asian countries. Section 223, or the Statement of Policy on Maritime Freedom of Operations in International Waterways and Airspace of the Indo-Pacific and Artificial Land Features in the South China Sea, is a clear example of this. Its twelfth provision calls for the development of multilateral mechanisms to ‘prevent destabilising behaviours and deter risky and dangerous activities by certain parties’, obviously referring to China’s activities in the South China Sea.

The catch is that the House Foreign Affairs Committee is banking on these multilateral mechanisms achieving a ‘common operating picture’ with Southeast Asian countries in the long term. Should such a military establishment be formed, it is bound to test Southeast Asia’s capability in maintaining its strategic balance with Washington and Beijing.

Finally, Section 604 enables the United States to execute its strategic competition with China in the area of infrastructure development. Known as the Promoting Responsible Development Alternatives to the Belt and Road Initiative (BRI), this Section authorises the Secretary of State, the Administrator of USAID and other agency chiefs to provide alternatives to development projects that may otherwise become part of China’s BRI.

This targeted approach will bring new development alternatives to most Southeast Asian countries, which are in need of new and sustainable infrastructure projects to fuel economic development. But these countries may find themselves at the edge of increasingly hostile US-China strategic competition, with destabilising impacts on the peaceful status quo achieved for the past 20 years.

The four provisions from the recently tabled EAGLE Act should be construed as guiding future development of US-ASEAN ties, as well as Washington’s relations with individual Southeast Asian countries. Special attention must be paid to the progress of these provisions.