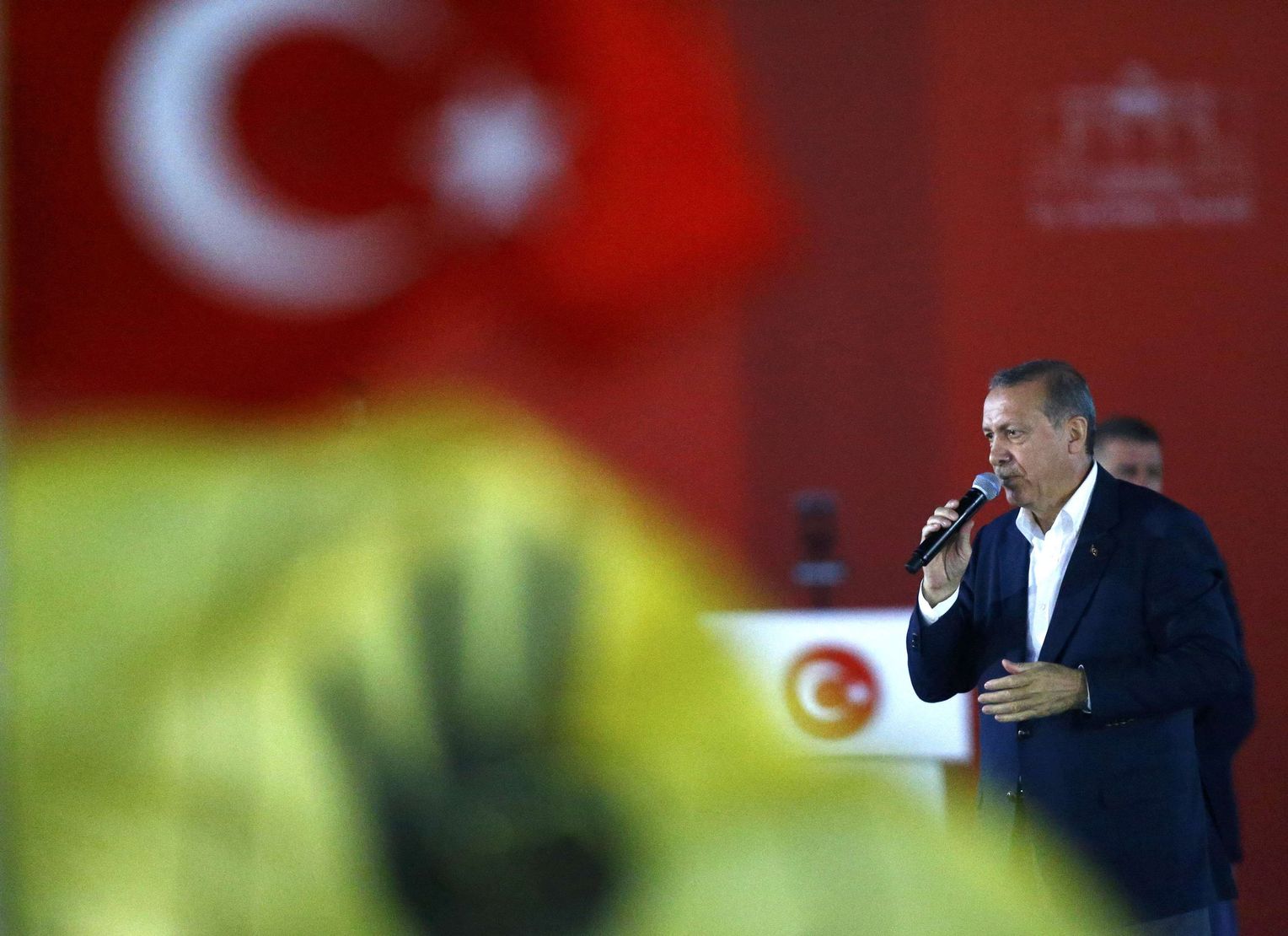 What Remains Of Turkey’s Democracy?

Once a shining example to the world of a national liberation movement brought to  vibrant, democratic reality, Turkey has been reduced in the last two decades to a near-dictatorship, with well over 100,000 political and media opponents to the government languishing in prison, hundreds of thousands of websites and social media platforms banned, and strict censorship imposed on those media outlets still permitted to operate.

On October 29, 1923, Mustafa Kemal Pasha − later accorded the surname Ataturk (“Father of the Turks”) − proclaimed the creation of the Republic of Turkey.  It was to be a new nation-state dedicated to the sovereignty of the national will – a “state of the people”. The old corrupt autocratic sultan-led Ottoman empire was dead.  In its place Ataturk, as Turkey’s first president, set about creating a modern nation. In the 15 years until his death he introduced sweeping and unparalleled reforms in the political, social, legal, economic, and cultural spheres. “I stand for the nation’s dreams,” he once said, “and my life’s work is to make them come true.”

They did, until the early years of the 21st century, when Recep Tayyip Erdogan rose to power as leader of the AKP (Justice and Development Party).  Erdogan emerged into Turkish politics from the extremist wing of Islam – the Muslim Brotherhood – and was instinctively opposed to the secularist traditions that Ataturk had fostered in the nation.

The great principles that had governed Ataturk’s political life – democracy, secularism. freedom of religion, peace at home and across the world – were severely jeopardized on April 16, 2017, when Erdogan succeeded in holding a national referendum on 18 proposed amendments to the Turkish constitution.  Ahead of the poll, a problematic and controversial coup attempt in July 2016, quashed by government forces. had justified the declaration of a state of emergency, mass arrests and strict censorship.  All this severely weakened the opposition.  Even so Erdogan and his governing AKP party only just managed to obtain the outcome they sought in the referendum.
Under the new constitution the role of prime minister was scrapped and the president became the head of the executive, as well as the head of state. He was given sweeping new powers to appoint ministers, prepare the budget, choose the majority of senior judges and enact certain laws by decree. The president alone was able to announce a state of emergency and dismiss parliament, which lost its right to scrutinize ministers or propose an inquiry.

But democracy is a hardy plant.  Ataturk’s vision has embedded itself deep within the Turkish psyche.  Even with virtually dictatorial powers, the most draconian measures Erdogan has so far devised remain insufficient to quell the views of many opposed to his concept of what the nation should be, and how it should be governed.

Back in 2015 the main opposition party, the HDP (the People’s Democratic party), gave Erdogan an unexpected electoral shock by breaking through the 10% threshold that had been keeping Kurdish politicians of the PKK (Kurdistan Workers Party), and other small parties, out of parliament   In response, the government began arresting HDP politicians and supporters over alleged links to the PKK, which the government has dubbed a terrorist organization.

Erdogan suffered an even sharper defeat in the municipal elections held in March 2019, described as “a political and electoral earthquake”.  For the first time in 25 years, the ruling right-wing AKP lost the municipal elections decisively, while the center-left CHP (Republican People’s Party) made a clean sweep in the major provinces and won both Ankara and Istanbul.

Erdogan, who had started his political climb as mayor of Istanbul, once declared that whoever controls Istanbul controls Turkey.  It was a bitter blow when the AKP candidate was defeated by Ekrem Imamoglu of the CHP.  The AKP immediately lodged a series of objections, and after weeks of appeals, Turkey’s electoral board upheld one complaint regarding ballot counting and annulled İmamoglu’s victory.  Amid a storm of outrage, a re-run of the Istanbul election was ordered for June.  The re-run was universally perceived as an unprecedented test for Turkey’s now fragile democracy, and for Erdogan’s political future.

The result this time was even more astonishing.  The people of Istanbul seized their opportunity to assert their support for democracy.  Imamoglu increased his initial lead of 13,000 votes to an astonishing 777,000, or 54% of the votes cast.

“You have shown the world, “said İmamoglu in a televised speech, “that Turkey still protects its democracy.”
These electoral triumphs were the result of Turkey’s various political opposition parties working together for the first time.  Despite its success, that united front has not stood the test of time.  One cause of contention between them is Erdogan’s actions against the Kurds in northern Syria.  The Kurdish-supporting HDP condemn them, but the CHP is in favor.

On June 20, 2020 a five-day “march for justice and democracy” across the country, organized by the HDP, culminated in a rally next to the parliament building in Ankara.  Many demonstrators had faced police, teargas and arrests along the way.

“I took part in the march,” said Garo Paylan, an HDP member of parliament. “The level of force on show was worse than ever: soldiers, police, helicopters, guns everywhere. We try to walk in peace but the state doesn’t allow that.”

Erdogan is clearly attempting to establish a leading position for himself on the world stage.  But all his posturing – his military interventions in Syria and Libya, his attempts to disrupt the EastMed gas pipeline deal, his rivalry with Russia, his anti-EU diatribes – mean nothing if he loses power at home.  His approval ratings have been adversely affected by the long-standing economic downturn and the effect of the coronavirus crisis, but his real Achilles heel is Turkey’s long and deep experience of real democracy.  The repository for that is the Turkish opposition parties, and the support they can muster from the Turkish population.  Erdogan would be unwise to assume that ever more stringent repression will enable him to retain his grip on power indefinitely.