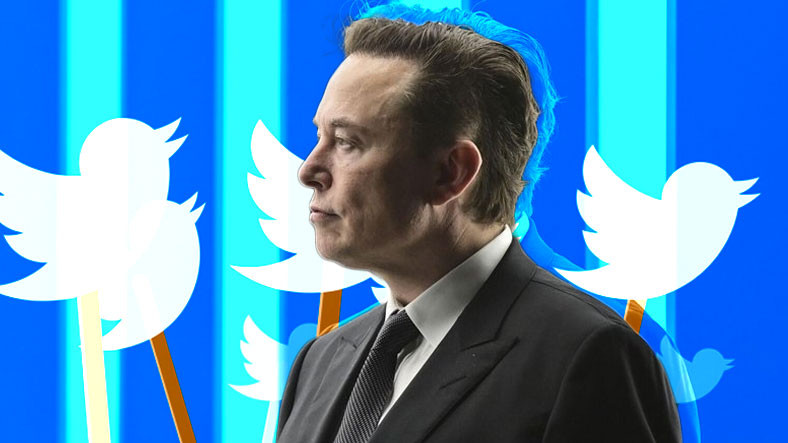 Twitter Under Elon Musk Will Be a Scary Place

he decision by Twitter’s board of directors on Monday afternoon to accept a takeover bid from Elon Musk means the company thinks the social media company would be best served by the ownership of a man who uses the platform to slime his critics, body-shame people, defy securities laws and relentlessly hawk cryptocurrencies.

Musk said that central to his vision for the service is for it to be an “inclusive arena for free speech,” but users should understand what that phrase means: It means free speech for people like Musk, a billionaire and the world’s richest man. Even as Twitter’s board on Monday was debating his offer of $54.20 per share, which it accepted, Musk was setting the tone for his leadership by tweeting that Securities and Exchange Commission officials were “shameless puppets.”

Musk has not been a responsible caretaker for the companies he already oversees: Tesla, SpaceX, Neuralink and the Boring Co. In the early months of the pandemic, Musk thumbed his nose at health officials — whose shelter-in-place orders he called “fascist” — by forcing workers at Tesla back on the job, in violation of local health regulations. And Tesla has been dogged for years by allegations of racist abuse, discrimination and sexual harassment at its factory in Fremont, California, where six women say they suffered catcalling and unwanted touching and advances. The company has said it does not tolerate such behavior.

Several former SpaceX interns made similar allegations about a lax attitude toward sexual harassment by supervisors and peers, The New York Times reported. The company has said it is investigating the allegations.

A California regulator, meanwhile, recently sued the company over reports of racial discrimination against hundreds of employees, including a lack of promotion opportunities and the use of racial slurs by supervisors. According to a lawsuit filed by the California Department of Fair Employment and Housing in California Superior Court in Alameda County, Musk told workers to be “thick skinned” about suffering racist harassment while on the job. Tesla has denied the allegations.

No wonder many Twitter employees are aghast at the prospect of Musk leading the company.

Certainly, Twitter could benefit from some improvements to its service. Its rules are enforced unevenly; it is filled with racist trolling, harassment and misinformation. Politicians and celebrities also seem to enjoy a lighter touch from Twitter’s enforcement of its policies against misinformation, despite the evidence that they are more likely to be believed than regular users. Twitter’s usual approach to moderating content has been to slap warning labels on tweets, which are easy to ignore and don’t mitigate the damage done by misinformation.

Before and after the January 6th attack on the US Capitol, Donald Trump used Twitter to whip his followers into a frenzy. The company rightfully barred Trump from Twitter for his role in that shameful episode, but it had turned a blind eye to similar behavior for years.

Into that toxic stew comes Musk. He has called someone he disagrees with “pedo guy,” made jokes about women’s anatomy and was forced to delete a union-busting message aimed at his factory workers — all on the platform he’ll soon own.

Loosening content moderation, as Musk appears poised to do, won’t make Twitter a better place; that will make it far more toxic. Under the notion that more speech is the best antidote to harmful speech, earnest users can probably expect to be shouted down even more frequently by trolls and bots. (I am hopeful Musk was serious when he said he’ll “defeat the spam bots or die trying!”)

Female Twitter users, in particular, ought to worry about whether Musk will bring his apparent disdain for women to the company he is about to own. Twitter is already a toxic place for women who use it, particularly those of color.

And the whole world should be concerned that Musk might reinstate Trump, who has so adroitly used social media platforms to spread dangerous COVID misinformation, mock his enemies, and cast doubt on the integrity of free and fair elections. Trump said Monday he would not return to Twitter if allowed back on, in favor of his Truth Social network, but, of course, the former president has reneged on many promises.

Musk is correct that Twitter has become a de facto public square. But consider the fate of another public square led by a billionaire with no real check on his power: Facebook. Leaks over the past year have shown that Meta, under Mark Zuckerberg’s leadership, has overlooked evidence that hurtful comments on the company’s platforms caused emotional harm to teenagers and increased users’ anxiety and anger. The company knows its algorithms are deeply flawed, but because Zuckerberg holds a controlling share of votes on the board, external and internal pressure on the company to change how they are designed and deployed has proved futile.

Perhaps Jack Dorsey, one of Twitter’s co-founders and a board member, should have trusted his instincts when he tweeted that he doesn’t “believe any individual or institutions should own social media, or more generally media companies.”

Musk has said that he doesn’t care about the economics of his deal for Twitter. He may need that attitude if, as some expect, the platform becomes a free-for-all and advertisers abandon it.

Where can people go if they don’t like what Twitter turns into under Musk? New social media networks promising a free-speech alternative to Twitter have so far failed to gain traction, notably Truth Social among them.

As with the motives for establishing those competitors, Musk’s reasons for taking control of Twitter aren’t about free speech; it’s about controlling a megaphone. With his legion of fans, Musk will command a gigantic megaphone and be free to plug his own investments, pooh-pooh sound health regulations and shout down critics.