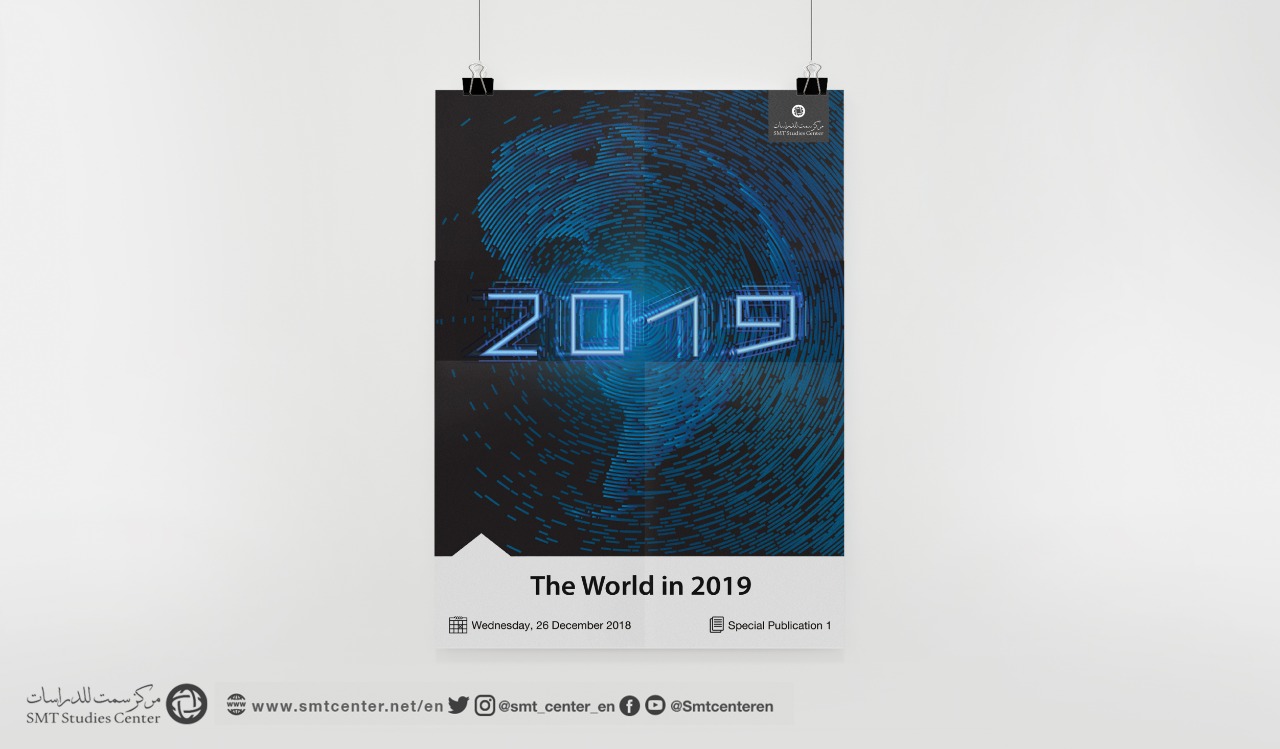 The world currently faces incidences the makes reading the future is not mission. A great data base could be used in reading the future, such base is a result to recent developments. Great powers are competing for political hegemony, another ones do for economic control, terrorism threatens the world security, emergent role for technology, upcoming IT revolution.

Major events happened in 2018 leads to dramatic changes in several paths and drew a map to help observers in 2019. At the beginning of the year Turkey launched a military attack on Kurdish forces in northern Syria, “National Dialogue” was held in “Sochi” to discuss the Syrian crisis. On can refer to many of developments happened in 2018;

As a result of progress in humanities and applied sciences, there has been a growing interest in future studies, which contributes to the development of plans and visions through the existing databases that could be used in predicting the future. One can therefore say that the future science aims at alerting the future dangers in society at economically, socially and culturally.

According to the 2018 sporting events, and scientifically one will try to present a future look for 2019 through answering the question: How will it be in 2019? 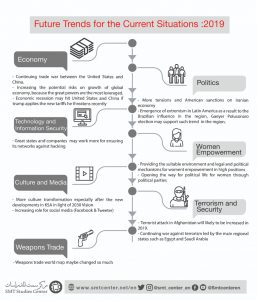 On The economic aspect: Facts and expectations

The global economy is going through a foggy situation as a result of the acceleration of events. Despite warnings by major global financial and economic institutions, the US policy of protectionism is affecting the global economy, China has been forced to keep up with the US policy, which sparked a trade war between the two parties, especially after the announcement of the imposition of customs duties on a number of Chinese goods. (2)

One can look to the future through several scenarios in 2019 as follows:

Commercial disputes do not apply to the “win-lose” equation. Although China may be the biggest loser in the US trade dispute, Washington may also suffer significant losses.

The recession may hit the United States and China if Trump applies all tariffs he threatened to impose, such tariffs would include $ 560 billion goods.

The number of potential jobs in trade war may be affected by about 700,000 jobs in the United States, compared to 700,000 to 1 million jobs in China, it may also damage the investment sector.

The oil-exporting countries have agreed with Russia, Oman and other producers to reduce crude oil production by 1.2 million barrels per day, it may lead to a deficit in oil markets as demand increases. Oil prices are also expected to fall as in early 2013 when prices fallen by 30 percent.

The most indebted countries are the United States, China and Japan, they are the world’s three largest economies. This will increase the potential risks to the growth of the global economy as a result of the increase in the share of the three countries of the world’s total debt to GDP.

On The Political Aspect 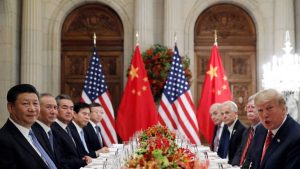 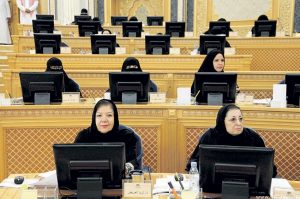 2018 was a good year for women empowerment, many indication confirm this matter:

Saudi Arabia has witnessed many developments under the vision of Saudi Arabia 2030. The Kingdom has officially announced that women will be allowed to drive in June 2018. Every girl over 18 years can obtain a driver’s license.

In Africa, “Women Empowerment” has been strengthened. Several important developments have taken place in Ethiopia. Women became have the right to reach important positions such as “The head of State”. The role of women is restricted by complex traditions. The Ethiopian parliament approved a decision to appoint Ambassador Sahli Zardi, replacing President Malato Chomé, to be Ethiopia’s new face as the country’s first female president.

Some countries have undergone many cultural transformations, which underscore the growing importance of culture for peoples.

On March 8 Riyadh held a concert for Saudi artists Mohammed Abdo and Rashid Al Majid, after the absence of parties from the capital of Saudi Arabia for almost three decades. Some observers thought that this was a clear demonstration of a great openness that was supported by several previous steps for the authorities in the Kingdom, as well as the opening of cinemas. [11]

There is no doubt that terrorism has become a panacea for the entire world. Sometimes the perpetrators of terrorist attacks are active and sometimes retreat, as recent developments confirm.

2018 statistics indicate that during the period from 1 January to 18 December 2018, “ISIS” carried out 403 terrorist attacks, which caused the deaths of 2,786 people in 22 countries where the elements of “ISIS”.

Egyptian forces began a large-scale operation involving naval and air forces to confront terrorism in Sinai in February, the beginning of the year, leading to the decline of terrorist elements and the reduction of attacks.

According to the indicators, despite several terrorist attacks in 2018, most countries have improved their situation over the past year. Terrorism has declined in 94 countries, compared with 46 countries where terrorist threats have increased, as well as terrorism-related mortality rates for the third year in a row worldwide. [13] 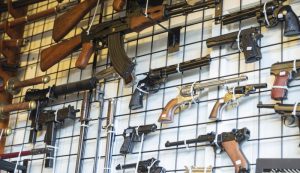 Many changes have been occurred at the end of 2018 with regard to arms trade around the world.

Russia was able to remove Britain from second place as the largest arms producer in the world after the United States, according to the latest statistics, which showed the impact of “future weapons” and Russian superiority.

This confirms that the sales of all Russian arms companies amounted to 36.5 billion dollars in 2017, an increase of 8.5 % over the previous year. This made Russian arms sales currently account for 9.5% of the world’s total arms sales of $ 393 billion. [14]

Suitable environment, legal and political tools are provided to support reaching women to the high positions, as well as an enabling environment, which are likely to be opened and women will gain greater political access through political parties.

2019 is likely to witness more cultural transformations, especially after “Vision 2030”, and the increasing role of digital media and social networking sites such as Facebook and Twitter.

Taliban attacks in Afghanistan may increase in 2019, to be the center of terrorist activity in Afghanistan, in addition to continuation of the war on terror led by some pivotal countries such as Egypt and Saudi Arabia to eliminate the threat of “hooligans” and the Houthis.

The world’s arms map seems likely to undergo several changes in 2019, which can be traced back to the rise of the Russian classification as a weapon producer and its removal to Britain as the second largest arms producer.