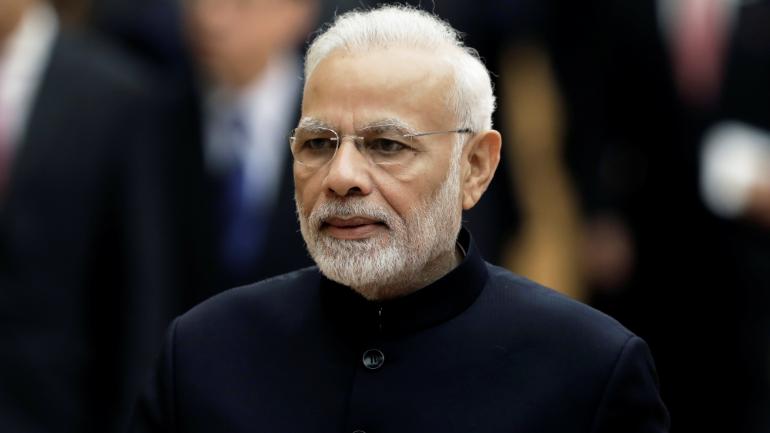 Ever since the Modi government came to power in May 2014, there has been a debate in the policy and academic community about its foreign policy. While some argued that Narendra Modi is fundamentally altering the trajectory of Indian foreign policy, most disagreed. They said the government’s shift is only in style, not substance. Yes, Modi may be a more energetic and visible Prime Minister on the foreign policy front, but he has only tinkered with India’s long-held foreign and national security assumptions. The Modi government may not have uttered the word ‘non-alignment’ but, in practice, it is balancing between the US and China. It may have ignored Pakistan but, in practice, it has tried to find a modus vivendi with Islamabad.

Modi may have changed the nomenclature from ‘Look East’ to ‘Act East’, but in practice, India’s engagement with East and Southeast Asia is a continuation of the past.

It may want to be a big player on the global stage, but it lacks the ability to project its aspirations adequately.

Modi’s strong response to the terror strikes in Pulwama at the very end of his first term made it clear that despite his critics, he has managed to change the fundamentals of Indian foreign and security policy during his tenure.

The use of air power to target terror camps deep inside Pakistani territory was the first such act after the 1972 war.

It shattered the myth of Pakistani nuclear capability and has opened the possibility of India fighting a limited conventional war if need be. It has put the onus back on Pakistan for escalation.

Modi’s message to Pakistan has been heard around the world and will have serious ramifications for India’s global engagement.

India has not only defined these air strikes as “non-military pre-emptive” action but has also taken Pakistan to the International Court of Justice and worked with the Financial Action Task Force to turn the screws on Pakistan, underlining the central difference between a ‘responsible’ India and a ‘rogue’ Pakistan.

Modi has also deftly handled major power relations at a time when they are increasingly in contestation. Modi challenged his senior diplomats “to help India position itself in a leading role, rather than [as] just a balancing force, globally.” This was reflected in the Indian foreign policy bureaucracy’s evolving discourse. Foreign Secretary Vijay Gokhale asserted earlier this year in Delhi that “India has moved on from its non-aligned past. India is today an aligned state — but based on issues.”

Underscoring that it’s time India became part of the rule-making process, Gokhale argued: “In the rules-based order, India would have a stronger position in multilateral institutions.”

This is as much an assertion of India’s desire to play a larger global role as it is about India changing its approach to global engagement. While some Indian political intellectuals retain a somewhat reflexive anti-Americanism, Modi has used his decisive mandate to carve a new partnership with the US to harness its capital and technology for his domestic development agenda. He is not ambivalent about positioning India as a challenger to China’s growing regional might and assertiveness.

He signed the bilateral Logistics Exchange Memorandum of Agreement with the US in 2016 to facilitate logistical support, supplies and services between the US and Indian militaries on a reimbursable basis and to provide a framework to govern such exchanges.

This was followed by the signing of Communications Compatibility and Security Agreement in 2018 to help access advanced defence systems and enable India to optimally utilise its existing US-origin platforms.

Modi has pursued strong partnerships with US allies — Japan, Australia and Vietnam — even as he stood up to China’s intransigence on Doklam. Under him, India agreed to be part of the resurrected quadrilateral involving the US, Japan and Australia.

Discarding the ideological baggage of the past, Modi has anchored Indian foreign policy on its civilisational ethos and values.

‘Act East’ is as much imbued with a distinct soft power push as with a realistic appraisal of the need to expand Indian footprint in East and Southeast Asia.

In the Middle East, India has asserted itself like never before and was invited to the inaugural address of the Organisation of Islamic Cooperation for the first time in its 50-year history.

Modi has redefined strategic autonomy as an objective that is attainable through strengthened partnerships instead of avoiding partnerships.

Foreign policies of nations don’t alter radically with changes in governments but Modi has ensured that some of the assumptions which had governed India’s foreign policy engagements have been fundamentally challenged. He has imbued Indian foreign policy with a certain amount of risk-taking, unlike the risk aversion of the past. India, from perpetually being a cautious power, is seemingly ready to take on a larger global role by being more nimble than ever in playing the great power game.