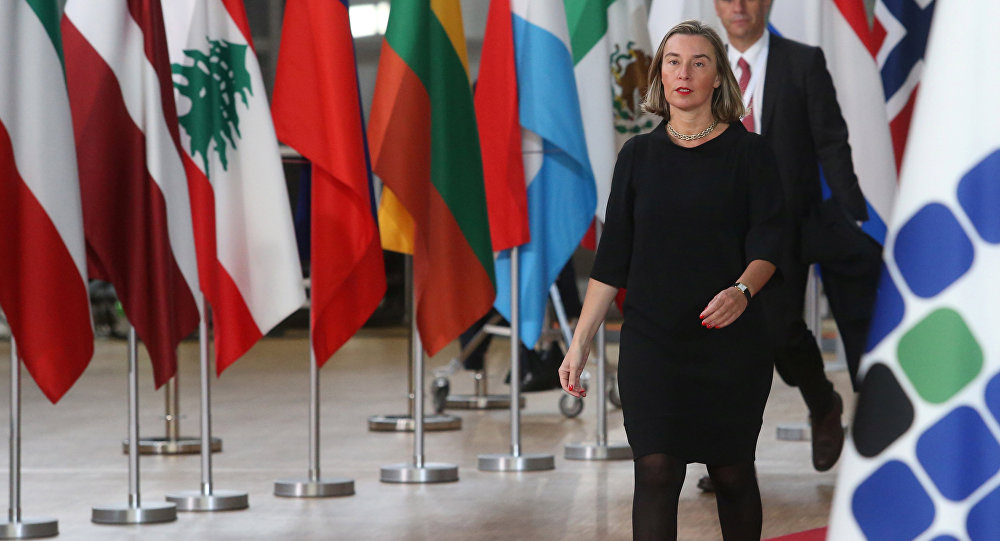 Two things have happened in the Iranian Regime recently to make anyone question the European Union’s failed appeasement policy towards the mullahs.

The first was the resignation scandal surrounding Foreign Minister Mohammad Javad Zarif, who resigned publically in protest at being excluded from a meeting with Syrian dictator Bashar Assad in Tehran and then withdrew his resignation on the orders of Supreme Leader, Ayatollah Ali Khamenei.

This showed that Zarif, far from being a moderate confronting Khamenei’s hardliners, will always follow the orders of the Supreme Leader.

This was nothing more than a fake rift. The mullahs may be divided on minor issues, but they stand together to preserve the malign Regime that crushes the people in order to ensure more power and more wealth for those at the top.

The second and more troubling issue is the appointment of Ebrahim Raisi, who sent thousands to their deaths in the 1988 massacre of political prisoners, as head of Iran’s judiciary. We know that Raisi was involved because he is specifically named by many survivors of the massacre, Amnesty International in their report “Blood-Soaked Secrets: Why Iran’s 1988 Prison Massacres Are Ongoing Crimes Against Humanity”, and his own bragging about it during his unsuccessful run for president.

This massacre mainly targeted members of the People’s Mujahedeen Organization of Iran (PMOI/MEK), whom the Regime hoped to exterminate, and the Regime has tried multiple times trying to cover the atrocity up by destroying mass graves and threatening the families of the victims.

At the time of the massacre, second-in-command Ayatollah Hossein Ali Montazeri called out the Tehran Death Committee, on which Raisi sat, for “the biggest crime in the Islamic Republic” for which “history [would] condemn [them]”, but he was stripped of power and put under house arrest.

As you can see, the Iranian Regime doesn’t feel in the least bit remorseful about the massacre, but wasn’t the appeasement policy supposed to embolden the moderates? As it turns out, the EU fundamentally misunderstood the Iranian Regime and that’s why their policy failed. Iran is not made up of two warring sides, but one united front, so a behavioural change never came. The factions may fight for internal power, but they are more than committed to the survival of the Regime through domestic repression and export of terrorism.

Last week, the European Parliament adopted a resolution on the case of human rights defenders in Iran, including Nasrin Sotoudeh, a human rights lawyer, winner of the Sakharov Prize, and a mother of two, condemned to 38 years in prison and 148 lashes.

Yet, the EU foreign policy chief Federica Mogherini has failed to speak out against Raisi’s appointment as Iran’s judiciary chief when she should be making sure that he and other rights abusers get added to the EU sanctions list.