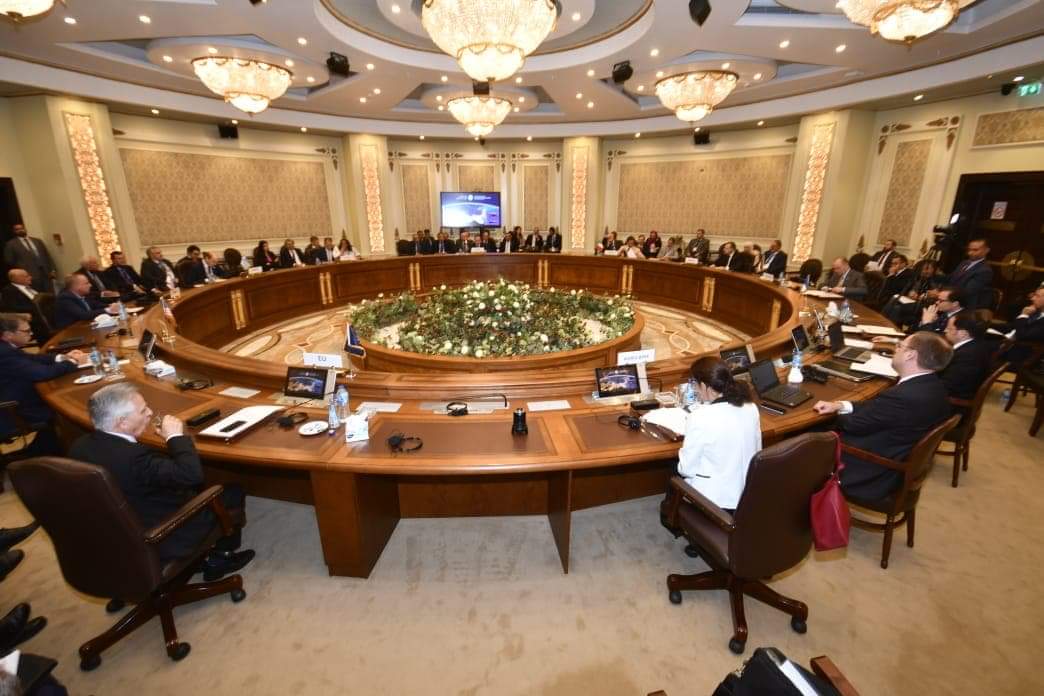 The EMGF: More than Gas

The creation of Eastern Mediterranean Gas Forum lays the groundwork for cooperation across the region, reports Ahmed Kotb

The second ministerial meeting of the Eastern Mediterranean Gas Forum (EMGF), held last week in Cairo, ended with agreement to establish a permanent home for the forum in Cairo and to work towards building closer cooperation between members to promote the better use of regional gas reserves.

The 25 July ministerial meeting was attended by the energy ministers of Egypt, Cyprus, Greece, Italy, Palestine and Israel, the founders of the forum. They were joined by US Energy Secretary Rick Perry, European Commissioner for Energy Miguel Arias Canete and representatives from the World Bank and the French government.

The founding ministers first met in January 2019 to establish EMGF as a mechanism to facilitate greater cooperation in exploiting the region’s estimated 122 trillion cubic feet of natural gas reserves.

“Natural gas production from Eastern and Western Mediterranean, together with the Red Sea, is expected to exceed eight billion cubic feet in the next few years,” says Tharwat Ragheb, professor of petroleum and energy at the British University in Egypt.

Egypt has already achieved self-sufficiency in natural gas and has started to export for the first time in five years.

The forum is an important step in Egypt’s efforts to become a regional energy hub, adds Ragheb. “The forum will become an important international player in the field, and Egypt deservers to lead it.”

According to the Central Bank of Egypt (CBE), the petroleum trade balance during the first half of fiscal year 2018/2019 recorded a $150 million surplus, compared with a $2.2 billion deficit in 2017/2018. In April 2019 Egypt’s exports of natural gas reached 1.1 billion cubic feet daily.

The statement added that a committee will be formed to work as an industry advisor and to facilitate private sector involvement in the forum’s work.

Georgios Lakkotrypis, Cyprus’ minister of energy, commerce and industry, announced during the meeting that Cyprus will start pumping natural gas to Egypt in 2024 for processing and subsequent export to the international market.

According to Al-Ahram’s Arabic news portal, Lakkotrypis said work on a pipeline connecting Egypt and Cyprus will begin soon.

Meanwhile, Stéphane Romatet, the French ambassador to Egypt, said France might consider joining EMGF and is looking forward to importing natural gas from Egypt and other Mediterranean countries.

US Energy Secretary Rick Perry said the forum lays the groundwork for cooperation among gas producers and consumers. Presidential Spokesperson Bassam Radi announced that during his meeting last week with President Abdel-Fattah Al-Sisi, Perry had lauded Egypt’s efforts to strengthen the energy sector at both the regional and national level.

“The sector has become a key engine of growth for the Egyptian economy and contributes significantly to supporting Egypt’s economic potential and to achieving its various development plans,” Perry was quoted as saying.

EMGF’s next ministerial meeting will convene in Cairo in January 2020.