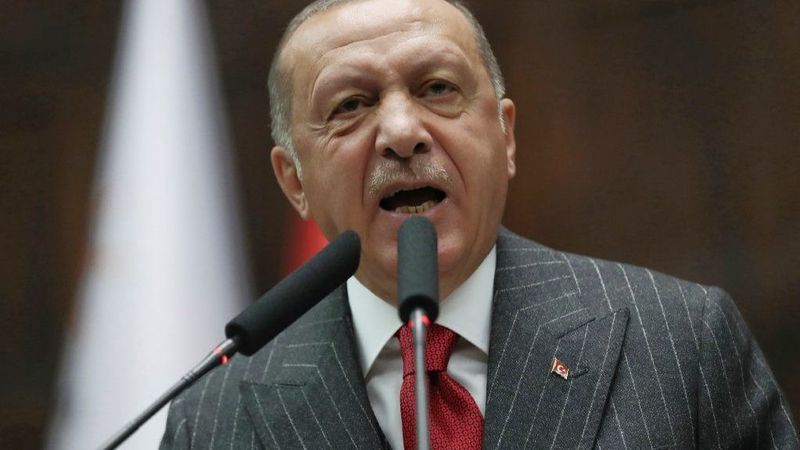 In his first major public challenge to Erdogan since leaving office three years ago, Ahmet Davutoglu, an AKP member, slammed the party’s economic policies, media restrictions and the damage he said it had done to the separation of powers and to Turkey’s institutions.

Davutoglu, a high profile figure in the party, served as prime minister between 2014 and 2016 before falling out with Erdogan, who has ruled Turkey with his AKP for 16 years.

In a serious blow to Erdogan, the AKP lost control of the capital Ankara and Turkey’s largest city Istanbul in the March 31 elections. The AKP and its Islamist predecessors had governed the two cities for 25 years.

“The election results show that alliance politics have caused harm to our party, both in terms of voter levels and the party’s identity,” Davutoglu said in a 15-page statement.

The AKP and the Nationalist Movement Party (MHP) formed an alliance before presidential and parliamentary elections in June last year in which Erdogan won the executive presidency but saw the level of support for his party fall.

There were no signs of a lira reaction to Davutoglu’s statement. The currency had weakened in early trade and stood at 5.8350 against the dollar, from a close of 5.8170 on Friday.

Davutoglu said the party’s reformist, liberal ethos had been replaced in recent years by a more statist, security-based approach that was driven by concerns about preserving the status quo.

He also said recent economic policy decisions showed a move away from free market principles and that “scaring global investors necessary to the development of the country is a dead-end”.

The Turkish economy slipped into recession in the last quarter of 2018 after a currency crisis which has wiped 35 percent off the value of the lira since the start of last year.

“The main reason for the economic crisis is an administration crisis. Trust in the administration vanishes if economic policy decisions are far from reality,” Davutoglu said.

He also warned against cronyism in public administration and said that recruitment should be transparent and based on competence and qualifications, not on personal connections.

In recent years there has been repeated media speculation that prominent AKP politicians might break away to establish a new political party, but that has not happened and Davutoglu made no mention of such a prospect.

Instead, he stressed the need for reform within: “I call on our party’s executives and relevant bodies to assess all these subjects and our future vision sensibly and with cool heads.”