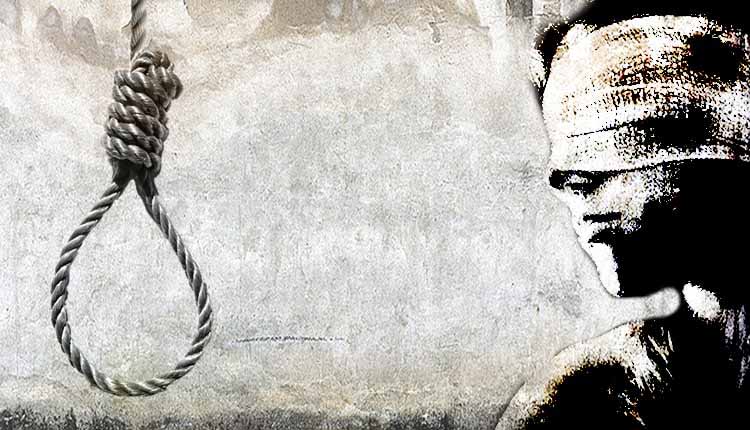 Iran must abolish a “blatantly unfair” judicial system that has seen the country obtain the record for executing the biggest number of child offenders, Amnesty International said.

Amnesty International said that, in the past 30 years, Iran has executed twice as many juvenile offenders, some as young as 12, than any other country. The group cited serious concerns for children — perhaps as many as 90 — on death row who were under the age of 18 at the time of their alleged offences. Many, the organisation said, were not given a fair trial.

“Amnesty International believes that the death penalty is a cruel, inhuman and degrading punishment and its use is horrendous in absolutely all circumstances but is even more appalling when it is used as punishment against people who were under 18 when the crimes took place and within a judicial system that is blatantly unfair,” said Nassim Papayianni, senior campaigner for the Iran team at Amnesty International’s Middle East and North Africa regional office.

“The Iranian authorities have a horrific track record of putting juvenile offenders to death in flagrant violation of international law and their own human rights obligations. (Iran) is a state party to the UN Convention on the Rights of the Child, which is unequivocal in its absolute prohibition on the use of the death penalty for crimes committed by people below 18 years of age.

“It is also well-established in the principles of juvenile justice that individuals under 18 years of age are categorically less mature and culpable and should never, therefore, face the same penalties as adults.”

The use of the death penalty for crimes committed by people younger than 18 is prohibited under international human rights law, yet some countries execute child offenders.

From 1990-2018, Amnesty International documented 145 executions of child offenders in China, the Democratic Republic of Congo, Iran, Nigeria, Pakistan, South Sudan, Sudan, the United States and Yemen. Iran has executed more than twice as many child offenders — 97 — as the other countries combined.

Some were of pre-teenage age when they were accused of their alleged crimes.

Arman Mohammadi was arrested when he was 12 and spent six years in prison before his execution. The crime he was charged with has not been revealed. Nor has it been in the case of Makwan Moloudzadeh, who was 13 at the time of his alleged offence. He was executed in 2007.

Other cases include the arrests and executions of two 17-year-olds this year. Papayianni said cousins Mehdi Sohrabifar and Amin Sedaghat were executed on April 25. “Both were arrested aged 15 and convicted on multiple rape charges following an unfair trial,” she said.

Information published by Amnesty International stated the teenagers were unaware they had been sentenced to death until shortly before their executions and both teenagers had lash marks on their bodies, indicating they had been flogged before they died. The two were reportedly forced to confess under torture.

Their families and lawyers were not informed about the executions in advance and were “shocked to learn of the news,” Papayianni said.

Held at a Shiraz child correction centre since 2017, the two boys were transferred to Adelabad Prison on April 24 and visited by their families. The next day, Iran’s Legal Medicine Organisation reportedly informed the families that the boys had been executed and asked them to collect the bodies.

“We are particularly disturbed by reports that one of the alleged child offenders, Mehdi Sohrabifar, had an intellectual disability and had spent nearly 10 years in a special education centre,” said UN experts in a statement. “Although evidence of the child’s disability was presented during his trial, the courts failed to use their discretion to request an assessment of the maturity of the child, in line with Article 91 of Iran’s amended Penal Code, in clear breach of his right to a fair trial.”

UN Special Rapporteur on Human Rights in Iran Javaid Rehman published a report that presented in-depth research on the execution of child offenders in Iran, including targeted and detailed recommendations addressed to the Iranian parliament, judiciary and other key stakeholders, outlining steps to end the practice.

It said Sohrabifar and Sedaghat were not isolated cases.

“We are very concerned that some specific cases of individuals who were under the age of 18 at the time of the offence are at risk of execution now,” Papayianni said.

The sobering list includes Mohammad Kalhori, who was 15 when he was arrested in December 2014 over the fatal stabbing of one of his schoolteachers. He was found guilty of murder in March 2016.

He was sentenced to three years in prison and ordered to pay diya — blood money — to the victim’s family.  In its verdict, the court relied on a state medical opinion that concluded that the boy did not have “mental growth and maturity” at the time of the crime.

However, the verdict was overturned on appeal by the Supreme Court and, in January 2017, a court dismissed arguments about Kalhori’s “mental growth and maturity,” convicted him of murder and sentenced him to death. At least two judicial reviews of his case since then have been rejected.

He has said he was tortured, including with an electric-shock device, by being suspended upside down and beaten.

After his trial in August 2013, he was sentenced to death after being convicted of “enmity against God.” His request for judicial review of his case has been rejected, which means his death sentence could soon be implemented.

Hamid Ahmadi was sentenced to death in August 2009 following an “unfair trial” before in Gilan province in connection with the fatal stabbing of a young man during a fight among a group of boys in 2008, Papayianni said.

The court relied on “confessions” he made at the police station after his arrest when he did not have access to a lawyer or his family.

Papayianni said Ahmadi’s “confessions” were obtained under torture and police officers held him for three days in a filthy, urine-stained cell; tied his hands and feet together and pushed him face down on the cell floor; tied him to a pole in the yard; kicked his genitals; and denied him food and water.

Reportedly, the pain inflicted was so severe that he was willing to confess to anything to end it. Authorities are not known to have investigated his torture allegations.

“In Amnesty International’s annual death penalty report this year, which looks at the use of the death penalty worldwide in 2018, we have said that seven people in Iran and at least one person in South Sudan were executed for crimes committed when they were younger than 18 years of age,” said Papayianni. “The organisation also recently issued a document on which countries the organisation has recorded using the death penalty against individuals who were under the age of 18 at the time of the offence.”

In recent years, Iranian judicial authorities often waited until a child sentenced to death had turned 18 before executing him, claiming he was no longer a child.

“There is no justification for executing children,” said Michael Page, deputy Middle East director at Human Rights Watch. “Until Iran bans the death penalty, Iranian judges should use the legal authority they already have and stop sending children to be killed by the state.”

Amnesty International recorded about 51,000 adult and juvenile executions from 1990-2018, however, data from China have been unavailable since 2009.