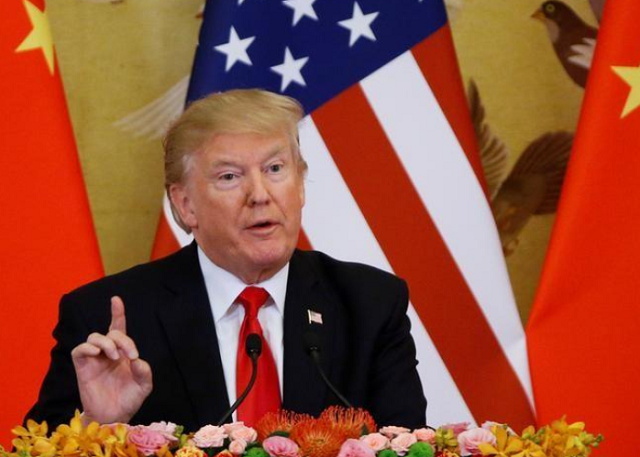 The US administration just announced a new $4 billion list of European Union (EU) products which it could apply additional tariffs on in response to the ongoing dispute between both sides of the Atlantic over government subsidies to aerospace companies Boeing and Airbus. While the United States thinks it can create better economic outcomes by forcing concessions out of Europe, this new action will only continue the lose-lose spiral of threats gripping the transatlantic trade relationship. Washington could pursue a different strategy, however, by legitimately working with Europe to reduce government subsidies, while also taking tangible steps to strengthen antitrust enforcement at home. The transatlantic trade environment, growth prospects, and public finances would greatly benefit from such a change in approach.

The World Trade Organization (WTO) has ruled that both Boeing and Airbushave over time received excessive subsidies from the US and the EU governments, respectively. In principle, the WTO rulings entitle both sides to retaliate with tariffs on a scale deemed appropriate by an arbitrator. The EU has called instead for a negotiated solution to this  fifteen-year-old argument over whose subsidies are legitimate and whose should be removed. In the words of EU Commissioner for trade Cecilia Malmström “We do not want a tit-for-tat. While we need to be ready with countermeasures in case there is no other way out, I still believe that dialogue is what should prevail between important partners such as the EU and the [United States], including in bringing an end to this long-standing dispute.”

The US administration argues that additional US tariffs are needed to bring the EU to the negotiating table, but this has already happened. There is no need for further tariffs, which would drive prices higher on European olives and cheese and US bourbon and motorbikes. The EU has clearly shown a willingness to discuss this issue, as well as a new trade agreement to eliminate current tariffs on industrial goods and reduce the compliance costs of exporting across the Atlantic. Ratcheting up the pressure may only lead the EU to conclude that there is not the minimum level of trust needed to pursue negotiations, and US-EU tariff escalation will result in significant losses for US consumers and importers.

Recent research shows that, since 2000, prices paid by US consumers has increased by 15 percent more than in the EU, while median wages rose only by 7 percent more. As a result, US profit margins have increased, but US consumers now pay 8 percent more for US products than they would under EU-like competition standards. Thus, looser competition enforcement acts like an 8 percent tax rise on US consumers and a concomitant hidden subsidy of 8 percent of gross domestic product to big US corporates. Lax antitrust enforcement is also a drag on US investment. Higher market power has not resulted in higher investment, but has actually declined in the United States, while it has remained stable in the EU.

Fairer competition enforcement would boost short term growth through three channels. First, it would have the same effect as an 8 percent income tax cut, increasing middle class purchasing power and hence consumption. Second, as seen in the US-EU comparison, stricter antitrust regulation could also result in increased private investment. Third, lower costs and enhanced innovation would improve the international competitiveness of many US firms.

A fairer domestic playing field could also give the US government more fiscal breathing room. If low- and middle-income families received up to an 8 percent “dividend” from better antitrust enforcement, US fiscal policy could then focus on the areas with the highest impact on long-term growth and on equal opportunity-enhancing programs.

US taxes and government spending currently redistribute around 8 percent of national income from the wealthiest 10 percent of the population to the remaining ninety percent (before taxes, the top 10 percent earners hold 47 percent of national income; after taxes their share falls to 39 percent). With low and middle earners gaining from lower prices, some current expenditure programs could become less necessary, and fiscal room could become available to improve infrastructure, human capital, and innovation, enhancing potential growth. It could also be possible to raise community expenditure to support adjustment and basic living standards in areas and population groups hit by the ill effects of technological change and globalization.

Rather than responding to the Airbus and Boeing subsidies fight by engaging again in a lose-lose game of tariff escalation and protectionism, the US administration could genuinely pursue negotiations with the EU to reduce subsidies on both sides, while also improving the competitive landscape at home. Providing finance and risk-sharing to companies is a legitimate government instrument to support innovation where market financing conditions are inadequate. Subsidies, tax-credits, and other government support tools, however, sometimes cause the cost of the associated distortion of competition to clearly exceed the benefits gained from increased innovation and should only be used under limited, specific circumstances.

The United States and the European Union could seize the Airbus-Boeing case as a good opportunity to agree on rules that limit government support to commercial innovation at both national and state level. Agreed rules could then be used in negotiations with China and other countries that make more pervasive use of state support to industry.

The United States doesn’t need tariffs to level the playing field. Engaging in negotiations to agree on subsidy reductions seems a much more promising avenue. It could also help de-escalate tensions on other trade issues and provide impetus to kickstart the parallel transatlantic negotiations towards the elimination of industrial tariffs. Cooperation, not conflict, can help unlock prosperity on both sides of the Atlantic.