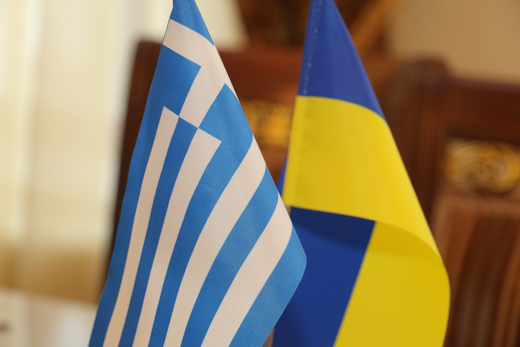 Russian Neo-Imperialism In Ukraine And Greece

The modern imperialist motives of the Russian Federation are often integrated into the notion that Russia is a revisionist power that behaves in line with its traditional national security interests. However, this argument oversimplifies the Kremlin’s foreign policy strategy as a status quo power, which attempts to manipulate nations with historical, religious, and cultural similarities to those of Russia through the use of hard power and soft power.

The examples of Ukraine and Greece demonstrate how Russia has attempted to use this strategy in different situations. In the case of Ukraine, Moscow has pursued an invasive hybrid strategy of soft power and hard power elements through the energy diplomacy of the 2000s, annexation of Crimea in 2014, and support of military separatist groups in Donetsk and Luhansk. On the contrary, the Hellenic Republic has experienced the personalized touch of the Kremlin’s hand solely through a soft power approach—based on the geopolitics of faith and pipeline diplomacy, with the goal of gaining an ally within European institutions and provoking divisions therein.

A desire to build Russia’s foreign strategy on the past, namely the Kiyivan Rus, is the idée fixe of Vladimir Putin in Ukraine. Through Moscow’s self-perceived characterization as the Third Rome, the return of Byzantine Diplomacy, and Putin’s apotheosis of militarism, the Russian state  has strategically influenced Ukrainian politics over the past two decades.

From the early 2000s, Putin’s regime has effectively employed hydrocarbons as a foreign policy tool to influence the internal affairs of Ukraine. Until 2004, Ukraine’s President Leonid Kuchma had a close, loyal relationship with the Kremlin, which allowed the Ukrainian government to purchase gas at a fixed price of $50 per 1,000 cubic meters—way below the general European market prices.

Through political favoritism, Ukraine agreed to a “debt-for-fleet” deal with Russia, in which access was granted to the Sevastopol naval base in Crimea, and Moscow cancelled $700 million of gas debt. Such a strategy of subsidizing energy exports was an effective soft power tool for the Kremlin. When Moscow’s candidate, Viktor Yanukovych, lost to the pro-European Viktor Yushchenko in 2005, Kiev and Moscow clashed over the pro-Western, NATO-oriented stance of the new Ukrainian government. With immediate effect, the Russian State Duma voted unanimously that members of the Commonwealth of Independent States (CIS), including Ukraine, should pay “world” (i.e., European) prices.

After Yushchenko refused to comply with any of Gazprom’s provisions, the state-owned gas giant cut off supplies to Ukraine, a nation whose 66 percent of domestic natural gas consumption came from Russia. Eventually, in January 2009, Gazprom temporarily terminated all gas transit through Ukraine to Europe. This form of political blackmailing, through extreme economic pressure, vividly portrayed the Kremlin’s shift to an aggressive form of energy diplomacy.

Nonetheless, a 2010 shift in power resulted in the pro-Russian Viktor Yanukovych taking his seat as the Ukrainian head of state. After rejecting, in 2013, an EU trade deal and agreeing to join Russia’s Eurasian Economic Union, the Kremlin’s new hand in Ukraine secured a $15 billion loan from Russia; as a result, Gazprom lowered gas prices for Ukraine by $131.5 per tcm. Bribery of the puppet government in Kiev was such a salient policy tool that it, in fact, prompted the Euromaidan revolution in late 2013, which led to the fall of the Yanukovych regime.

In the aftermath of Euromaidan, the annexation of Crimea provided the Kremlin with the hard power triumph it needed in order to continue its political manipulation of Ukraine. By framing the invasion of Crimea as an act of salvation, the Kremlin attempted to internationally justify its old Soviet precept of military surprise. The presence of Russian military specialists in Crimea, coined as the “little green men,” allowed for an illegal referendum to take place, and prompted the accidental, pro-Russian rulers of Donetsk and Luhansk to capitalize on the political vacuum created by the paralysis of the government in Kiev by declaring their cities as nations: the Donetsk People’s Republics (DNR) and the Luhansk People’s Republic (LNR).

Since 2014, the two territories have adopted some elements of a de facto state, restructuring the judicial system, passing their own constitutions, and embracing their own flags and symbols. With no will to seek legitimacy from Western institutions, the pro-Russian, anti-Western sentiment dominates the socio-political landscape. It is not a coincidence that Russian troops, as well as paramilitary organizations such as the Wagner Group, are the key to DNR and LNR survival.

With the Kremlin’s backing, the DNR/LNR militias have been reorganized by Russian intelligence. Russian officers now command the separatist units, which are involved in direct military action against the Armed Forces of Ukraine. Simultaneously, according to Alexander Khodarkovsky, a former senior official of the DNR, and contrary to the Kremlin’s official position, Moscow is funding pensions and state wages of the Donbas region. As stated by Khodarkovksy, “The level of help from Russia exceeds the amount that we collect within the territory.”

The Russian-fueled war in Donbas definitively portrays the modern foreign policy strategy of the Kremlin’s imperialistic professionals. Psychological warfare, disinformation campaigns, and militarization of the peninsula are part of the hybrid strategy that seeks to destabilize Ukraine.

However, holding its ground, Kiev is persistent in its plan to integrate the nation into the Western financial, cultural, and security realms. In late 2018, Ukraine secured approval from the Ecumenical Patriarchate of Constantinople to establish an independent church, as a response to the Kremlin’s meddling in its affairs. This spiritual rift has been equated with the liberation of Kiev from Russian political leverage, and has been rendered “a second independence” for Ukraine. However, numerous Russian Orthodox priests in eastern Ukraine continue to support pro-Russian separatists, thus preserving the Kremlin’s spiritual influence there.

Greece’s longstanding religious, historic, and cultural connections to Russia serve as the means for the Kremlin to influence both the internal and external affairs of the Hellenic Republic. Moscow has successfully pursued its soft power strategy through the geopolitics of energy, the ethno-cultural allure of the Orthodox Church, and strategic business engagements.

From the early 2000s, the conservative government of Greece symbolically established itself as the platform for augmenting economic ties with Russia in the energy sector. In March 2007, the Kostas Karamanlis government signed a tripartite agreement with Moscow and Sofia to build a Balkan oil pipeline worth $924 million.

Even though the project was not executed, Gazprom, persistently but unsuccessfully, pursued the acquisition of Greek gas corporations DESFA, DEPA, and oil refiner Hellenic Petroleum. By 2015, Gazprom signed a deal with the Greek government to turn it into a transit station for natural gas into Europe, and in 2017, Gazprom, DEPA, and Edison S.p.A. signed a Cooperation Agreement aimed at establishing a southern route for Russian gas supplies from Moscow to Europe through the Turkstream project. As was made clear by Putin in his 2016 visit, the deep and historical ties binding the two countries serve as the focal point for strategic economic cooperation, which has resulted in a continuous rise in Russian gas influence in Greece.

Putin’s personal touch is also key in maintaining a close relationship with the leadership of Greece. After ex-Prime Minister Alexis Tsipras made his first foreign policy revelation an official objection to an EU statement condemning Russia’s involvement in the Ukraine crisis, Putin’s first destination in the EU, post the enactment of sanctions on Russia, was Athens.

On that trip, the Russian leader also conducted a personal, symbolic pilgrimage to Mt. Athos, one of the holiest sites in Orthodox Christianity. Putin manifestly stated that the Greek Orthodox tradition shared by Russia is particularly important today, as a means of strengthening relations and conveying to both populations the invaluable relationship between the two fraternal Orthodox nations. It is not a coincidence that the Kremlin has injected a reported $200m in funds to Mt. Athos since Putin’s first pilgrimage in 2005.

Combined with monetary support, Moscow has further institutionally pursued the adoption of political measures to promote communication between Orthodox nations through the Interparliamentary Assembly on Orthodoxy (IAO). Even though this inter-parliamentary institution was established on the initiative of the Greek Parliament, Moscow is the one dominating the organization as well as advancing its agenda. In fact, following the 25th General Assembly Anniversary in 2018, Tsipras himself visited the Kremlin to reiterate the historical ties of the two countries and to mark the special partnership based on common chapters and spiritual affinity.

It is not a coincidence that in 2018 Savvidis was discovered to be operating as the Kremlin’s conduit to undermine a historic agreement between Greece and Macedonia that paves the way for Macedonia to join NATO. In a similar fashion, former Greek Minister for Foreign Affairs Nikos Kotzias developed a relationship with Alexandur Dugin, a Russian political strategist known for being in Putin’s inner circle. Dugin also notoriously joined forces with Konstantin Malofeyev, a conservative Russian orthodox nationalist, to engage with key potential partners in Western Europe, including representatives of the second largest party in the Hellenic Parliament, Syriza.

Clearly, both Ukraine and Greece are highly strategic relationships for Moscow. The ascendance of Putin’s authoritarian regime shifted Russia towards a foreign policy based on neo-imperialism and neo-nationalismfounded upon the country’s unique identity, size, history, and self-perceived notion of exceptionalism. In the words of Vladislav Surkov, the architect of Putinism, it is “inconceivable that a country of Russia’s size, civilization and history could simply join the ranks of the medium-sized powers such as UK and France as a subordinate element in the existing world order.”

Thus, for the Kremlin, this line of thinking implies Russia is a sovereign global power that is a stronghold for all “conservative forces” that oppose the Western ideological inconsistency. Such a stratagem is integrated into the notion of a Russkiy Mir, a “Russian World” that transcends Russia’s state borders and encompasses a Russian civilization based on values, cultures, and visions that differ from those of the West.

The fall of the Soviet Union was a sign of weakness and humiliation for the former KGB agent, as was evident in Putin’s 2005 Annual Address to the Federal Assembly of the Russian Federation in which the 21st century tsar noted that the collapse of the Soviet Union was the greatest geopolitical catastrophe of the century. Thus, revitalizing the political, historical, and socio-cultural dimensions of Russia’s identity within a cohesive, imperialistic foreign policy has been a key feature of Putin’s regime.