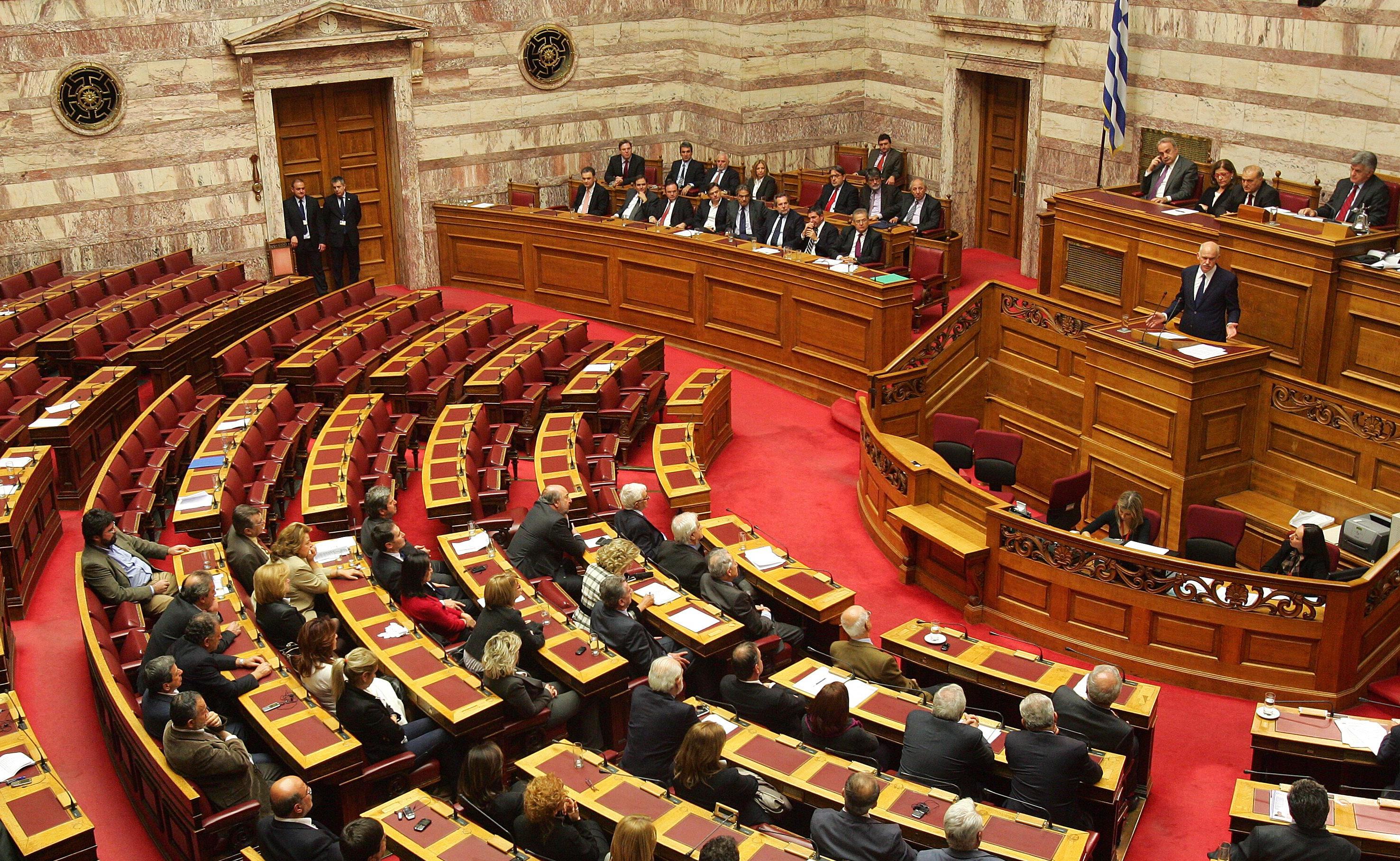 Greece Embraces the Center and Continues Course Out of Crisis

Snap parliamentary elections in Greece on July 7 produced a victory for the political center, bucking a growing trend of populist victories across Europe. The triumph of the center-right New Democracy party and poor showing of extremist parties demonstrates that “Greece is now reinforcing the strength of the center in European politics, rather than fueling a move toward the fringes,” Atlantic Council Executive Vice President Damon Wilson said.

New Democracy won nearly 40 percent of the votes in the July 7 contest, giving it an outright majority in the Greek Parliament and making its leader, Kyriakos Mitsotakis, the new prime minister. Mitsotakis will take over for former Prime Minister Alexis Tsipras, whose left-wing Syriza party captured only 31 percent of the vote, down from 35 percent in 2015.

While most of the support went to New Democracy, Syriza, and the center-left Movement for Change—all of which “are pro-EU with strong ties to the United States,” Wilson noted—smaller parties struggled to reach the 3 percent threshold needed to gain seats in the parliament. Two new parties, the right-wing Greek Solution and the left-wing European Realistic Disobedience Front of former Finance Minister Yanis Varoufakis, both barely crossed the threshold and will be represented in the 300-seat parliament with ten and nine seats, respectively.

The far-right Golden Dawn party, however, collapsed from nearly 7 percent to just under 3 percent, meaning it will receive no seats in the next parliament. The relatively poor showing of the far-right and far-left “can be seen as the beginning of the end of extremism as a serious answer to the political dilemmas confronting Europe today,” Atlantic Council Distinguished Fellow Frances Burwell argued.

Focus on the Economy

Tsipras and his left-wing Syriza party came to power in 2015 on the heels of Greece’s devastating financial crisis, which saw the country experience a deep 25 percent drop in gross domestic product per capita between 2007 and 2014. Although there were initial concerns about Tsipras’s opposition to cutting government spending in line with Greece’s financial rescue packages, his government pushed through a bailout plan and Greece successfully exited its last bailout program last August.

“Alexis Tsipras deserves a great deal of respect for coming to see that his initial impulse about the way forward for Greece—rejecting EU demands for fiscal responsibility and austerity— was not going to work,” Burwell said. “He has become a respected member of the European political leadership,” she added, “as Greece has moved away from the financial precipice.”

“Although Tsipras lost the election, he will stay on as head of Syriza, which has decisively replaced PASOK—the traditional center-left heavyweight—as the second biggest party in Greece,” noted Artemis Seaford, an Athens-based 2017 Atlantic Council millennium leadership fellow. “Tsipras now has the opportunity to complete the transformation of Syriza from a radical fringe left-wing coalition to a more traditional center-left progressive entity that commands the respect of mainstream voters, as well as foreign allies,” she added.

Many Greek voters flocked to New Democracy, Wilson argued, because Tsipras was unable to turn the recovery into a real economic upswing. “While Greece has come a long way in managing its debt crisis, economic growth at 2 percent is insufficient to produce the kind of opportunities that will keep Greece’s brightest at home working,” he explained. New Democracy seized on this weak recovery to campaign on “economic reforms to liberalize the economy and boost growth, hoping to attract some of the 500,000 Greeks who have left the country for work elsewhere,” according to Wilson.

Speaking after his election victory, Mitsotakis promised Greeks that “a painful cycle has closed.” He added that Greece would “proudly raise its head again” and enter a new period of “jobs, security, and growth.” Tsipras congratulated Mitsotakis on his victory on July 7 and said that his party “from the benches of the opposition [will] be present to protect the interests of people of toil and creativity.”

“Greece has elected a party that will continue with economic reforms,” Burwell explained. “And, unlike Syriza,” she added, New Democracy “has always been clear that it would do so.” The challenge for Mitsotakis will be “his ability to deliver on promised tax cuts and liberalization of the economy, while keeping the extreme right-wing faction of his party in check,” Seaford said.

A growing regional role for Athens?

Tsipras was also instrumental in reaching an agreement with Greece’s neighbor North Macedonia, which ended a twenty-seven-year name dispute and saw the newly-named nation receive an invitation to join NATO. Although New Democracy voted against the name deal—known as the Prespa Agreement—Mitsotakis has hinted that the agreement is legally binding and has shown no indication that he will reverse course.

The Prespa Agreement “repositioned Athens as a key strategic partner for the United states in developing more common strategies toward Southeast Europe and the Eastern Mediterranean,” Wilson argued. He cautioned that “Mitsotakis will need to demonstrate that Greece can stick to its commitments, as he has affirmed,” including support for North Macedonia’s potential accession to the European Union. “If so,” Wilson continued, “Greece would continue to champion North Macedonia’s integration into the transatlantic community and remain a constructive and leading player in shaping the future of Southeast Europe and the Eastern Mediterranean regions.”

Wilson was also confident that Mitsotakis would continue to build on “the strongest relationship the United States has enjoyed with Greece in recent years.” Wilson explained that support from Washington during the financial crisis “translated into an extraordinarily close relationship between Washington and Athens, something that seemed unlikely when Syriza first came to power.”

Rather than demonstrating a break from Syriza, Wilson argued that New Democracy’s “pro-US tradition” will mean that “those strong bonds are likely only to strengthen as we look to a new apogee in US-Greek relations.”

The success of the political center at the expense of the fringe, as well as the continued assurance of strong bilateral relations with the United States, demonstrates that “democracy remains strong” in its birthplace, Wilson said. The new government will now enter office “with a strong mandate for economic reforms to help boost the Greek economy and to attract greater domestic and international investment,” he added, as the country looks to emerge from its decade of crisis into a new period of prosperity.