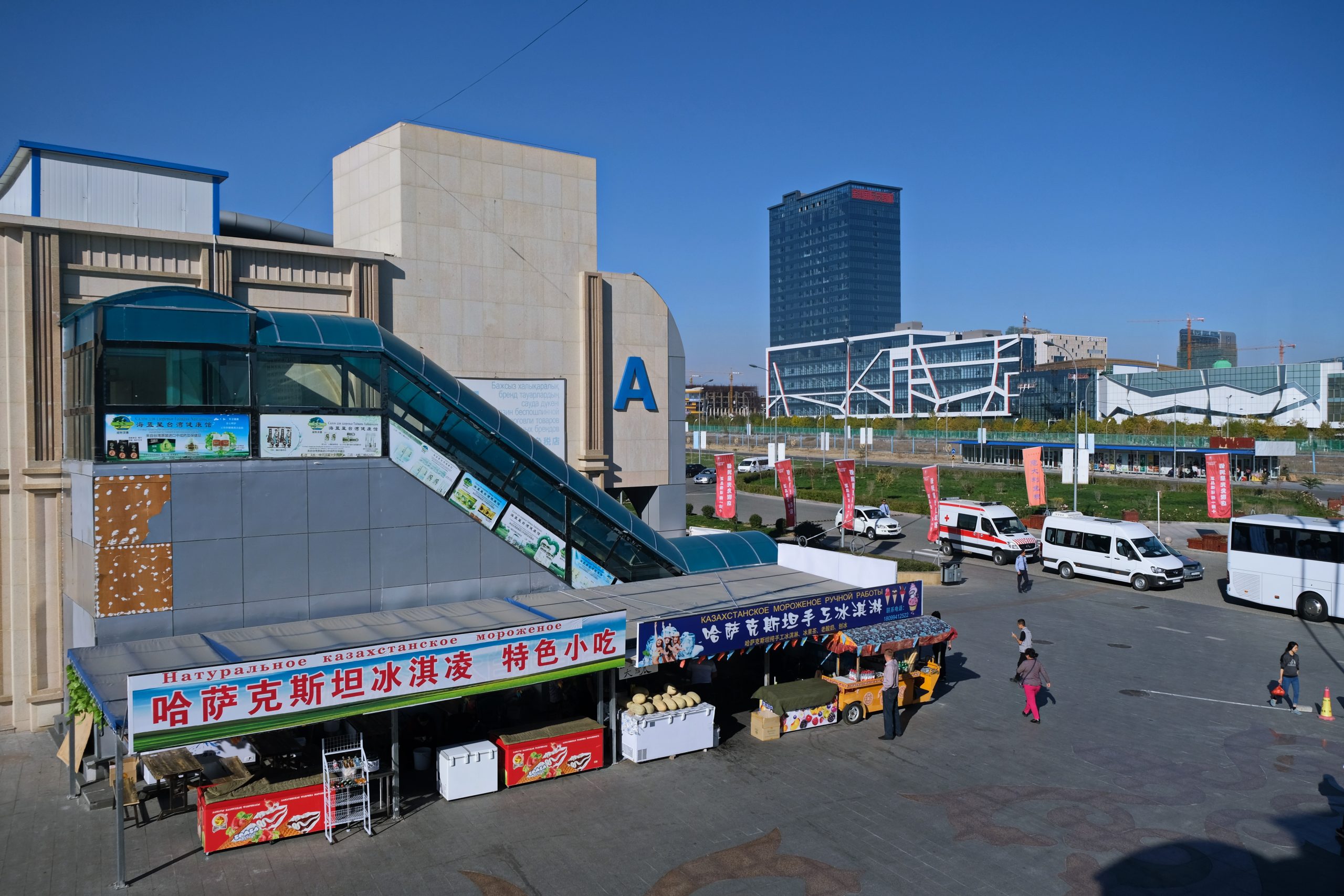 China’s economic influence in Central Asia has gained a new character after President Xi Jinping came to power. In almost all economic activities there is a growing Chinese presence, and these actors range from large multinational firms to small businesses.  In a region with weak states and institutions, these players push their way and make their own rules.  In order to facilitate their operations Chinese businesses pursue numerous strategies through buying political support, hamstringing local courts, damaging the environment with no repercussion, and shortchanging local contractors. Many cases I observed during my research trip to the region in April 2019 demonstrate an emerging new governance with shifting rules.

While corruption is not new, and businesses have frequently colluded with officials to circumvent law, China’s Belt and Road Initiative (BRI) is spreading crony capitalism to all corners of Central Asia. This system accommodates the interests of the region’s political elites through various mutually beneficial schemes. Any buffer against transparency is appreciated by both sides. All forms of Chinese enterprises operate in the region, and unlike in more advanced markets, they are subject to minimal regulation and often feel no obligation to comply with local standards. Here, I examine three cases that illustrate different facets of Chinese business practices: Bishkek’s central heating facility, an environmental disaster in an oil field near Aktau, and sub-contracting disputes in Bishkek and Osh.

Central Asian economies have been drifting towards their large neighbor since their independence. China’s trade with the region rose from $1.8 billion USD in 2000 to over $50 billion USD in 2018. While the region accounts for 0.8 percent of Chinese imports and 0.9 percent of Chinese exports, the share of its imports and exports from China rose to 37 percent and 22 percent respectively in 2020. These figures do not fully reflect significant variation among the countries in the region. For example, Kazakhstan has the largest volume. Trade relations are also driven by China’s need for natural resources, but commercial exchanges do not fully reflect China’s growing ownership of mining, mineral, and energy resources in the region. Chinese companies currently own a quarter of Kazakhstan’s oil production and account for well over half of Turkmenistan’s gas exports. These interests extend far beyond oil and gas in wholesale trade zones, agricultural land use, and the relocation of old factories from China to the region. China’s state Eximbank is the largest single creditor for Tajikistan and Kyrgyzstan, respectively holding 49 and 36 per cent of their government debt.

One of the early initiatives of the BRI was the modernization of the outdated power plant in Bishkek, which commenced in 2014 financed through a 20-year loan agreement between China’s Export-Import Bank and the Kyrgyz government. The Tebian Electric Apparatus Stock Co. Ltd. (TBEA), headquartered in Xinjiang, won the $386 million contract.  The work progressed slowly and funds were embezzled. The former Kyrgyz Prime Minister Sapar Isakov lobbied on behalf of TBEA. Both Isakov and the mayor of Bishkek, Kubanychbek Kulmatov, were accused of financially benefiting from the undertaking and were later imprisoned for corruption. Although a private company, TBEA’s website boasts that it “actively practices the national strategy of the Belt and Road Initiative.”

The Bishkek power plant, and other evidence of wasteful use of loans, puts weak economies at risk and, as many in Kyrgyzstan feared, it drains resources and amplifies corruption. When in debt, corrupt politicians concede more rights to their creditors, or sell out cheap. In another case, TBEA was granted a license to operate a gold mine without any national oversight in Tajikistan in exchange for building a power plant free of charge. Furthermore, when it comes to dispute resolution and arbitration, Chinese firms take matters to international courts or use reprisals and threats while local players are often fractured into various interest groups and consumed by bitter political disputes. This leaves little opportunity to pursue the public interest. According to my observations in Beijing, Chinese actors see Central Asia as a “wild west” that needs to be tamed. What a Beijing professor and policy advisor told me summarizes this widely held view: “We need to be louder and show our teeth…we don’t want Central Asia to turn into a land of bandits.”

Chinese firms have no accountability when it comes to environmental damages. A fire in the Kalamkas oil field near Aktau in 2019 was barely reported, and its causes still remain obscure. Neither of the major owners, the Kazakh state energy firm KazMunayGas and China’s CNPC offered explanations or commentated on the damage caused by the fire and oil spillage. I met a group of engineers and academics at Yessenov University in Atyrau only weeks after the incident and they were furious about Chinese firms’ unfettered access and continued environmental damage. “We drink artificial water, we eat imported food,” a local resident who grew up in Aktau said.

The issue lies in a general lack of accountability. There are many examples of weak legal protections for Kazakh interests against Chinese firms. A dispute emerged between the Aktau Akimat (city government) and a Chinese supplier over a tender to change the city lights prior to the Caspian nations’ summit in 2018. The company did not deliver the contract on time, as a result the Akimat notified the firm and terminated the contract one month before the summit. The Chinese side sued the Akimat and won damages, despite the fact that the termination was legal. According to a prosecutor I interviewed who dealt with cases involving Chinese firms, “in Kazakh courts, Chinese win and the order comes from the top. Chinese businessmen know first-hand about the level of corruption and the appetites of officials… The situation is very humiliating, they are spitting on us.”

Kyrgyzstan has already received $700 million in loans from China’s Exim Bank to fund completion of a highway which is being built by the Beijing-based China Road and Bridge Corporation. The end date has now been set as 2021. Most large projects are conducted by Chinese engineers and workers. Once a project is completed, the maintenance of roads is a problem. Many small Kyrgyz businesses struggle to survive and Chinese loans for road construction neither enhance local technical capacity nor allow business growth for sub-contractors.  China uses its own domestic manufacturing overcapacity, and this is managerially and financially more effective for them. Yet, there are also micro realities of small business operations. For example, a Kyrgyz subcontractor I am acquainted with won a tender to build a portion of road in Bishkek on behalf of a Chinese firm several years ago. Within six months he went bankrupt as his portion of the payment never arrived. To comply with the agreement, he took a bank loan and only managed to finish part of the work. The Chinese company claimed that they had paid the amount to his business partner, but he denied it vehemently.  He feared for the future: “Chinese politics are to give as much credit as possible and then ask the Kyrgyz government to pay back at a high percentage rate.” Such sentiments are widespread, and protests against China have been growing in Kyrgyzstan, just like in neighboring Kazakhstan, with 106 protests related to China recorded in both countries since 2018.

China is exporting its own version of authoritarian crony capitalism to developing nations. As the cases above show, there are many far reaching implications. These issues emerge in the form of growing macro-economic indebtedness, further breakdown of the state under the grip of deeply corrupt and malleable elites, disintegration of the weak bureaucracy and justice system, and a demoralized society.  Growing injustice in the distribution of resources, lack of accountability, and social inequality increase resentment and protest. What makes business with China particularly complex is the reality that all companies function as an arm of state interests.

Yet, China seems to be consolidating its influence further through direct interference in the politics of succession when regimes become unstable. As observed by Temur Umarov, connections with Chinese finance and businesses are becoming an increasingly important means of self-enrichment for many of the region’s ruling families and groups, and Beijing uses this card to bolster China’s regional influence. In October 2020, Sadyr Japarov, who was backed by numerous China-linked business actors, replaced former President Sooronbay Jeenbekov in Kyrgyzstan in a popular revolt. This is not progress for democracy, just another reshuffle. The recent attacks on Chinese enterprises in Myanmar along with protests condemning China’s tacit support for the military regime shows that the stakes are very high. Events like these will reveal more about what lies behind the mask of “peaceful coexistence.”