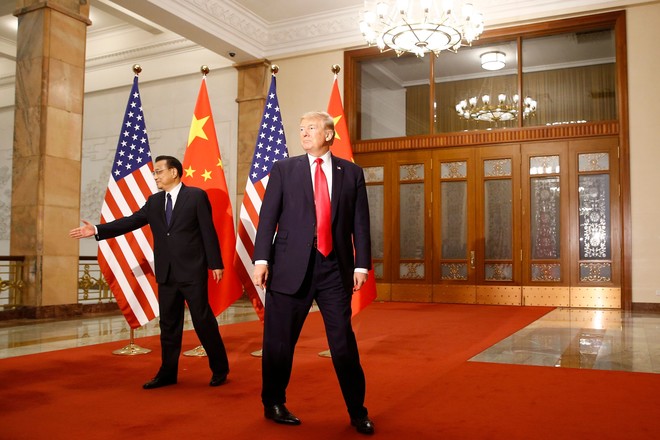 China Fighting A Losing Battle Against US In Indo Pacific Region

Perceptional battles which today constitute the main ingredient of foreign policies of major Nations indicates that China is losing out to United States in the Indo Pacific Region in 2019 going by the ‘lonesome’ statement of intent asserted by China in response to assertion of forceful intent on upholding Indo Pacific security by United States at the ongoing Shangri-La Dialogue commencing May 31 2019.

Overall balance of power in Indo Pacific Asia is heavily tilted in favour of the United States supported by Asia’s two Emerged Powers—Japan and India, both contending powers with China and a history of China-inflicted territorial disputes. It is for the United States how adroitly it encashes this political dividend by not getting embroiled in trade disputes with Japan and India.

Notwithstanding, China’s Defence Minister General Wei Feng Hai at Singapore said that China’s military has been ordered  and is ready to act forcefully to prevent external interference to Taiwan’s reunification with Communist China and that China is ready to forcefully repel any challenges to China’s sovereignty (read usurpation) of South China Sea Islands, though the ground realities are otherwise.

Indo Pacific Asia which spans both the Pacific Ocean & Indian Ocean and the nations encompassed by this vast maritime expanse is witnessing a great geopolitical churn tilting towards the United States as opposed to China.

In 2019, this US-tilted geopolitical line-up of Indo Pacific nations is acting as a ‘force-multiplier’ to United States hardening its military stances on South China Sea, arms supplies to Taiwan, pushing Japan towards a larger military role as US enduring ally, strategically embracing Vietnam with added impetus and reclaiming the Philippines from its fleeting dalliance with China. Indonesia as the ASEAN regional power, but famous as a ‘fence-sitter’ for years has drawn closer to United States after China started claiming Indonesian islands as its own.

More significantly, the United States and India as the Emerged Power with Subcontinental proportions sharing geographical contiguity of thousands of kilometres of disputed borders with China Occupied Tibet enjoy a constantly reinforced security relationship as visible in 2019

Notably, in this geopolitical line-up of Indo Pacific Asia nations rallying around United States one also witnesses in the last few years that European nations like France and Britain are also actively involved in m the South China Sea on the principle of ‘freedom of the High Seas’ negating China’s attempts to convert the South China Sea as an ‘Inland Sea of China’.

Russia in 2019 despite declaring Russian pivot to Asia Pacific some years back seems to be strategically distracted by  Middle East and East European priority policy objectives and perceptionaly is of no help to China in its spiralling confrontation with the United States.

To the above unfavourable geopolitical line-up behind the United States as it expresses readiness to forcefully confront China, militarily too if China forces that option, it needs to be added the ongoing vicious US-China Trade War. Pointed out in my earlier writings is the fact that United States initiating a Trade War with China confronting and checkmating China by a war short of military conflict.

The contextual background provided for the strong and forceful assertions made at Shangri –La Dialogue 2019 by the US Acting Secretary of Defense and the Chinese Defence Minister asserting the national intent of the United States and China raises serious concerns in Indo Pacific Asia.

Disturbing was the assertion by the Chinese Defence Minister during his statements at the Shangri-La Dialogue was that China does not renounce the use of force to protect its rights over Taiwan and In South China Sea.

Perceptionaly, this reinforces the viewpoint of those like me in the strategic community that a US-China Armed Conflict , even a limited one , is “inevitable”.  The ongoing US-China confrontation is a classic case of the reigning Superpower being challenged by a ‘Revisionist Power’ presently represented by military muscle-flexing China.

Going by the results of 20th Century military lessons of World War I and World War II one can analytically predict that China is fighting a losing war with the United States.

Analytically, no cogent answers emerge nor does any strategic or economic logic suggest that China by some stroke of genius with Chinese characteristics can overcome the power asymmetries stacked against China?

China which learnt a lot in terms of Revolution in Military Affairs from United States two Gulf Wars in the past two decades and put lessons learnt to effect in modernisation of Chinese Armed Forces seems to have not studied the lessons of Military History of the two World Wars in the 20th Century.

Though both the United States and China made underlying conciliatory remarks to douse the inflammatory assertions made by US Acting Defense Secretary and Chinese Defence Minister signalling a readiness to engage in headlong collision in pursuance of their security interests there is certainly a palpable rise in confrontational tensions which cannot be ignored.

One should not forget that both the US President and the Chinese President face domestic political challenges—the presidential re-election bid of President Trump and political questioning of President Xi Jinping’s over-centralised control and an economic slowdown. These can provide unintended sparks to the Indo Pacific Asia tinder-box.

Within China adding to the combustibility is the disturbing likelihood of PLA military hierarchy being itchy to use China’s unprecedented amassing of advanced military power to challenge the United States fed as they are by notions of decades of United States ‘Risk Aversion’ strategies against China.

Concluding, it needs to be emphasised that in the ongoing military and economic confrontation between the United States and China, if push ends up in a military shove, China perceptionaly would be fighting a losing war with the United States.