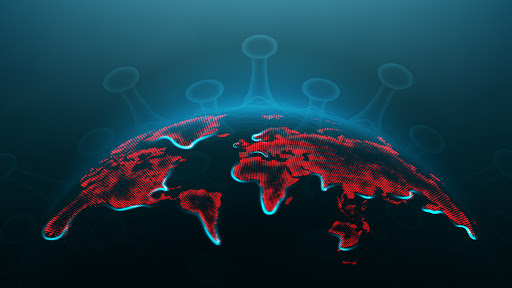 The last few months have been an incredibly tough time for many people and nations around the world. Britain and Saudi Arabia have both lost too many people to the virus, been uplifted by individual stories of heroism and enterprise and seen our economies challenged by the necessary public health response.

In both countries also the government has responded to the contraction of economic activity by taking measures to secure the long term health of the economy. But the challenges facing our two countries in this respect are subtly different.

Saudi Arabia has a very much larger public sector than in Britain, and despite efforts in recent years as part of our Vision 2030 reform programme to expand and support private sector activity, a substantial proportion of our people are employed by the government.

We are also an economy that is still very largely dependent on oil revenues, and the recent falls in the oil price mean falls in the funds flowing into the government coffers.

Britain, by contrast, has a vibrant private sector economy, and despite some oil production in the North Sea, is mainly nowadays a consumer of oil.

These two differences mean that our governments have adopted a different policy response to the corona crisis.

In my country, as so many people are still employed by the state, their employment is not threatened, but the fall in the oil price has meant that we had to increase some taxes on consumption to ensure that we were not living beyond our means in these difficult times.

What has not changed however, in Saudi, is our determination to push ahead with the underlying reform programme of Vision 2030. The challenges faced by the global economy are yet another reminder that it is by encouraging enterprise and private sector growth that Saudi Arabia will, like Britain, create the jobs that our young people need to fulfil their potential.

We are determined to continue with the work that the King and the Crown Prince have initiated in weaning our economy off its dependence on oil. Many British companies and individuals have been collaborating with us on this strategic economic shift.

A key plank of that reform programme was our Government’s decision to privatise a part of Saudi Aramco, our state oil and gas company. Despite considerable scepticism, the sale was an unprecedented success, and Aramco is now demonstrating the resilience that makes it such a good long term investment.

Despite the falls in the oil price, it is continuing to pay dividends at their anticipated level, and its share price has now recovered to the point it was on March 5, before the corona crisis and falls in the value of oil prompted a global market correction.

We are also pushing ahead with our reform programme in other areas. We had opened up Saudi to tourism for the first time in many years, and once the virus has been defeated, we look forward to welcoming more visitors to our country.

We are also pushing ahead even now with plans to extend leisure opportunities for Saudis, and to offer new freedoms to our citizens, including more robust rights for women to control their own lives, as well as continuing to modernise our justice system. Far from being derailed by the crisis, this unprecedented challenge has made it clear that reform is more necessary than ever.

As our ambassador to Britain, a country in which I was lucky enough to go to school when I was younger, I feel very strongly that our two nations can help each other meet the challenges of these very difficult times. Not only are our two economies closely linked, but also as individuals many Britons work in Saudi Arabia and vice versa.

The virus requires us all to work together to tackle it, and only together can we secure the health of our people and our economies. But like all difficulties, it also encourages those who would throw up barriers between nations, discouraging trade and understanding.

We can’t allow this to be the legacy of corona, we can’t allow a division to emerge between East and West, we must all work together to build a prosperous open global trading legacy.

Britain and Saudi Arabia, as countries that in different ways are both dependent on global trade, must work together to make sure that the world makes the right choice.

*The Saudi ambassador to the United Kingdom