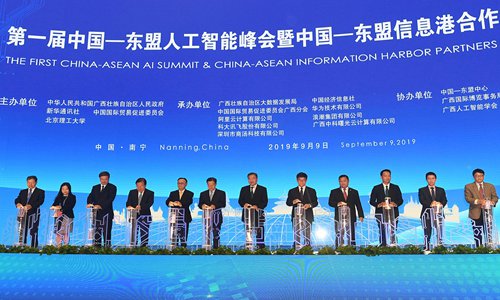 Is the EU’s AI legislation a good fit for ASEAN?

On 21 April 2021, the European Union announced draft legislation to harmonise its member states’ artificial intelligence (AI) rules. The legislation’s objectives are potentially desirable for many Southeast Asian countries, especially given the growing concern about the risks associated with AI and intensifying rivalry between China and the United States.

A key aspect of the EU proposal involves classifying AI-based systems according to four levels of risk, ranging from unacceptable to minimal. This is supported by specific obligations when deploying high-risk systems. To avoid penalties, system providers will have to demonstrate compliance before and after market deployment. The draft legislation is complemented by an update to the existing AI coordination plan aimed at aligning policies among EU member states. The update also provides for at least €1 billion (US$1.2 billion) per year in AI-related investments from 2021–2027.

The EU’s decision to align AI policies at the regional level will be of increasing relevance to Southeast Asia. Competitively-priced technology exports facilitated by China’s Digital Silk Road initiative will see many Southeast Asian countries accessing AI technologies through Chinese companies. Technology is not neutral, and there is a possibility of concurrently importing norms and values represented in the design choices of system providers.

Some degree of political expediency could also be at play. Prompted by concerns over misuse, some US companies like IBM have pushed to limit exports of AI technology involving facial recognition. In contrast, Chinese companies have demonstrated a willingness to export this technology despite such concerns. Chinese technology companies like Huawei, Hikvision, Dahua and ZTE are drivers of a global rise in AI-based surveillance, with exports to several Southeast Asian countries.

Most Southeast Asian countries are not yet heavily involved in producing AI-based systems, and these products and services do not form a significant part of trade between the two regions. Singapore is an exception, having geared its national AI strategy toward AI-based solutions in the global market. The ‘Brussels effect’ of the EU draft AI legislation might be limited in Southeast Asia for now, although the region will likely examine EU provisions for relevance to their own policy objectives. Southeast Asian countries are instead likelier to find common cause with the EU’s economic strategies outlined in its AI coordination plan.

A key obstacle for Southeast Asia adopting the EU’s playbook is that the region is comparatively far less integrated as a market and regulatory environment. But ASEAN is taking steps in the right direction. During its first Digital Ministers’ Meeting in January 2021, the bloc adopted the ASEAN Digital Masterplan 2025 calling for a regional policy to deliver best practice guidance on AI governance and ethics.

The plans might not translate to greater integration, particularly if implementation is voluntary and left to member states’ discretion. Furthermore, ASEAN must address existing regulatory potholes for cross-border data flows — critical for the development of AI-based systems — arising from localisation requirements for personal data across its member states. The model contractual clauses for cross-border data flows launched in January 2021 can help address this if they are adopted widely and consistently.

The ratification of free trade agreements with provisions enabling cross-border data flows will have the greatest impact for adopting legislation on AI. Unfortunately, ASEAN’s flagship trade agreement — the Regional Comprehensive Economic Partnership — allows parties to impose restrictions on cross-border data flows as long as they are applied to both domestic and foreign companies. Yet without an applicable dispute resolution mechanism, countries can potentially get away with discriminatory restrictions.

Only two out of the four ASEAN signatories to the Comprehensive and Progressive Agreement for Trans-Pacific Partnership — Singapore and Vietnam — have ratified the agreement and implemented its ‘gold standard’ digital trade provisions supporting cross-border data flows. Singapore has gone a step further by signing digital economy agreements with Chile and New Zealand in June 2020, and Australia in December 2020, that include specific provisions for cooperation on ethical AI governance. Singapore’s approach remains an outlier in the region.

Most ASEAN member states have launched or are developing national AI strategies and governance frameworks. These could eventually form the basis for a more coordinated regulatory environment for AI in the region. A sector-based approach — focussing on AI in financial services, manufacturing or healthcare — could help build up common ground gradually for broader AI policy coordination and adoption of consistent regulations across the entire bloc.